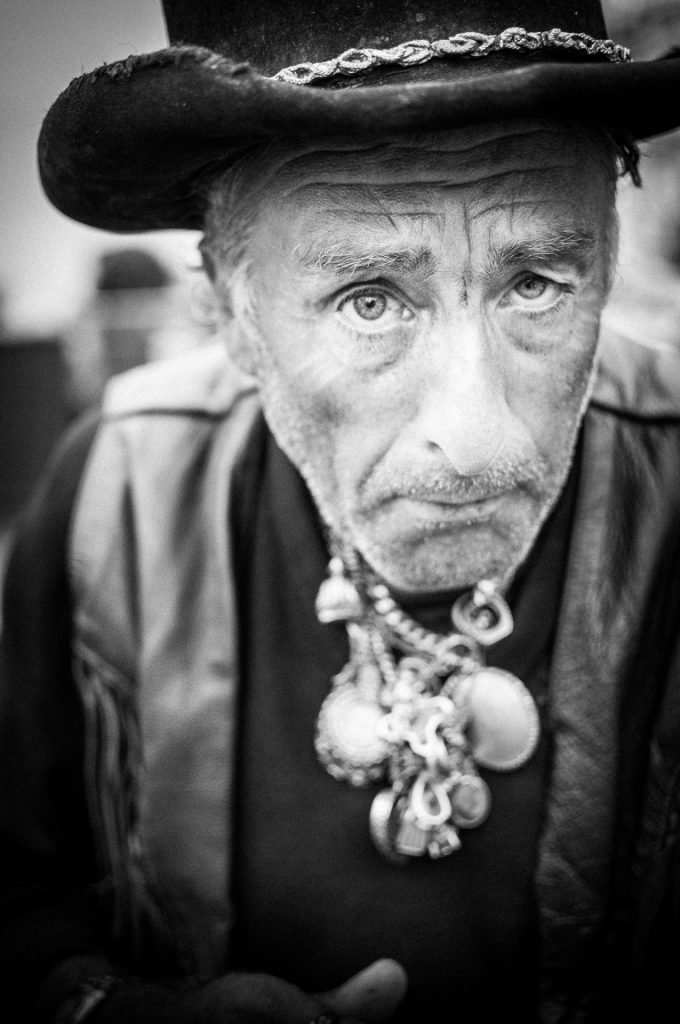 Still raining. That fine rain that doesn’t look like but gets wet right into your bones. The one you expect when you decide to ride in Ireland for the umpteenth time. That rain that you are probably looking for because in the end you need it. Francesco rides, puffing, a little uphill and a bit because he never knows how to dress in the Irish climate, even after several days of travel. It is our daily routine from what we started from Dublin to complete the circumnavigation of the island, a routine made of big laughs, pints of Guinness, music, exploding inner-tubes and continuous cycle rain-wind-sun.

The wet curtains in the bags on the bike seem to weigh twice as much and ask endless questions about the sense of riding in such a hospitable climate. These questions, however, are punctually answered by the beauty of the place and its inhabitants, as every traveler knows well. Those who avoid traveling in these lands due to the fear of confronting the climate have no idea what is lost.
While the head wanders as always between a past-present-future without a solution of continuity, duly helped by the cyclical movement of the pedals, the figure of another cycle-traveler emerges in front of us in the opposite direction to ours. Meeting a partner on two wheels full of bags is always a pleasure and the desire to know his story (at least in my case) is something that I absolutely have to indulge. The subject in question is immediately presented as decidedly alternative. Never seen so many bags on a bike! I can barely see the frame of his bicycle, from which the wheels and saddle emerge with difficulty. Everything else is practically surmounted by a structure of bags, small bags and objects of all kinds. His name is Bruno and he speaks a little understandable English with a heavy French accent. I move the conversation to French and I can understand something more. His answers to our questions are rather vague. He tells us that he left France several years before and now wanders around Europe without a clear direction. He dreams of pedaling the United States of America one day and has a rather curious strategy to get there: think of earning money on slot machines to buy a ticket for a transoceanic balloon flight.

In a somewhat confused way he talks to us of places crossed by his bicycle up and down the United Kingdom and the Republic of Ireland. It would seem to have been traveling for quite a while. He complains about the rain but mostly about the wind, with which he says he can’t really reason. Since we are in the middle of a busy street, we decide to say goodbye to Bruno and give ourselves a symbolic good-bye to who knows when and who knows where (since we go in the opposite direction as mentioned).

Contrary to all logic and due to some strange space-time leap, we find Bruno a few days later near Galway. Seeing him again is a party for us, while he seems to see us for the first time. A little bit my heart clings to me because I start to think he has some difficulties too. I keep telling him that we had met a few days before but he turns the conversation around. He is intrigued by the camera I have around my neck so I take this opportunity and ask him if I can take some pictures of him. Today it is particularly photogenic: he wears a leather jacket with fringes and his figure is rather indefinable, halfway between that of a cowboy and a motorcyclist from other places – and perhaps other times. It looks like it came out of a frame of Blade Runner. I really can’t understand if it comes from the past or the future. The thing that surprises me most is that today, because it doesn’t rain and doesn’t have its waterproof jacket on, I see for the first time its neck wrapped in an impressive number of chains and pendulums that look like gold (even if the coloe bluish on the skin of the neck does not seem to confirm it). While I prepare the camera to take some shots of him, Bruno asks me to wait a moment while he pulls a pair of slightly different diameter Frisbees, one inside the other in the opposite direction, like a round flat box. A space disk. Not without a bit of effort he opens that curious plastic box and to my surprise he pulls out a crushed felt hat that takes shape in an instant. Brilliant. I never thought of such a thing to put a hat on. He wears it proudly and is ready for the most curious photo ever of all the bike riders I have ever met (and I met them quite a lot in many years of cycling trips).

Bruno does not stop at the appearance of his extravagant post-punk centaur look and insists on posing, contrary to my requests. The result is really funny but it’s the shot he wants. Before saying goodbye we write our contacts in Italy in our travel notebook and invite him to visit us if he is in our area. From him we do not obtain any form of contact. It has no fixed address, it does not have a telephone number.
He greets us quickly because the evening is coming down and he doesn’t like being in the city when it’s dark. He makes us guess that he had bad experiences with some bad guy and we don’t have a hard time believing him. Jump on his vehicle and head for the countryside, where he will look for hospitality on some farm. Bruno gives us the impression of being a pure person, almost a child in the body of an adult of indecipherable age. We let him go hoping to meet him again because he somehow broke our hearts. Good trip brother traveler.

Words and photos by Fulvio Silvestri.