The Balkan wind in your face - Bam 2020, bycicle adventure meeting

The Balkan wind in your face 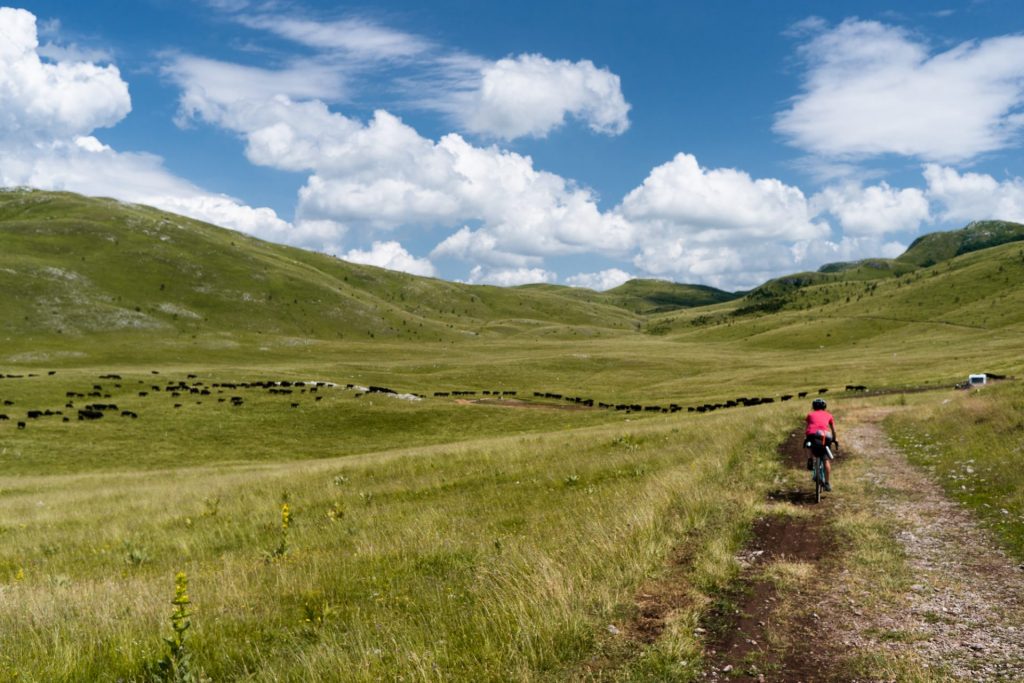 25 AprThe Balkan wind in your face

A hot July day, 40° on the deck of a ferry to cross the lake of Koman. A guide who leads a group of wealthy Israelis on a 4 × 4 tour offers us tea, biscuits and fresh fruit. After a moment of indecision we accept and I have broken the ice and say: “I thought you would have asked us for money, you know in Italy this sharing is not easy to find”.

He (unfortunately I don’t remember the name and we didn’t even take a picture together) replies with a disarming simplicity: “In Albania we are forced to be in solidarity. Institutions are crumbling and corrupt, travel is not easy (especially in those mountainous areas) so we help each other; I saw you tired on the ship’s deck and for us it is natural to help those in need “

I think this is the sense of traveling in the Balkans. Find out what we have lost from us. Many of you have already heard this story but I’ll tell it again: I happened by chance in 2015 racing the Transcontinental Race. Then I had no temple to enjoy the beauty of those places because of the rush to get to Istanbul and Balkan disease crept into my brain.

The story they tell you in Italy is that the Bosnians have “a knife between their teeth” and the Albanians steal our work (even if it is actually a bit out of fashion). The truth is that the most difficult thing about going to Eastern Europe is to overcome the prejudice of those who see you leave. “But are you going to Bosnia with your girlfriend? Are you sure? Look, it’s dangerous. “

Beyond Trieste there is a world near and far (sorry for the cliche but it is so) of people ready to host you under a storm, of unknown mountains, of white roads. Beyond Trieste there are signs of war, forgotten by us but terribly present in people and buildings. It’s all there, including the distinction between the Federation of Bosnia and Herzegovina and the Srpksa Republic; on one side of the street the houses have Roman numerals, on the opposite side Cyrillic numbers. On one side of the road Ratko Mladic is a war criminal, on the other he is a hero.

But I’m not a “Balkanologist”, I still remain a cyclist and the initial reason why I returned for the third time to Bosnia and Montenegro is the mountains. High, splendid and peeled already at 1400 meters. Expanses of green fields with sheep and shepherds, white roads and the desert for tens of kilometers. Then out of nowhere a golf of 1987, usually yellow and you wonder how he got there. And the question is not peregrine because the highlands of Bosnia and Montenegro are an expanse of “nothing” crossed by a paradise of dirt roads (if you like in English it says “gravel” and it seems more cool face) where many Italians would not go with their Land Rover but in the Balkans virtue is made of necessity and then somewhere all must be finished all the golf stolen in the 80s.

By finishing the ramblings I leave you with a couple of lists and tips.

What it really deserves

and Mount Zelengora surrounded by ponds (on all the Orlovatcko Jezero) where you can go camping without drinking water from the springs because I got some fantastic intestinal worms.

• The valley of the Tara river

• The highlands between Zabljak and Kolasin

How to deal with the journey in bikepacking (and survive)

• Heavy-duty bikepacking bags. It is essential to have waterproof bags because thunderstorms are frequent even in summer.

• If you face the journey in gravel, mount tires with solid shoulders. The roads are fantastic but stony and the descents are often long and very fast. With the bike fully loaded, a tire that is too light suffers and is destroyed (in short, don’t do like me).

• For the same reason, bring a nice supply of inner tubes. To find rooms of 28 with Shrader valve we walked 20 km and walked around 5 bike shops in Sarajevo. I let you imagine in other cities what the supply could be.

• Free camping is well accepted. Just ask people for permission if you are privately owned or park rangers. There is also some camping in the most tourist areas.

• Sleeping in a tent requires heavy sleeping bags. In the mountains the temperature often drops below 5 degrees. On the other hand, it is mountain.

Bring a multifuel stove that burns petrol if you want to eat something other than Cevapi and grill. The camping shops do not exist and the cylinders that are found are only Campingaz without screw connection.

I won’t say anything else so much now we are all professional bikepackers and you will know the rest better than I do. But let me thank 3t Bike, Legor Cicli, Miss Grape Bikepacking, Rene Herse France / 211 Cycles