Transamazonica 2020 - Cycling the rainforest as it is - Bam 2020, bycicle adventure meeting

Transamazonica 2020 – Cycling the rainforest as it is 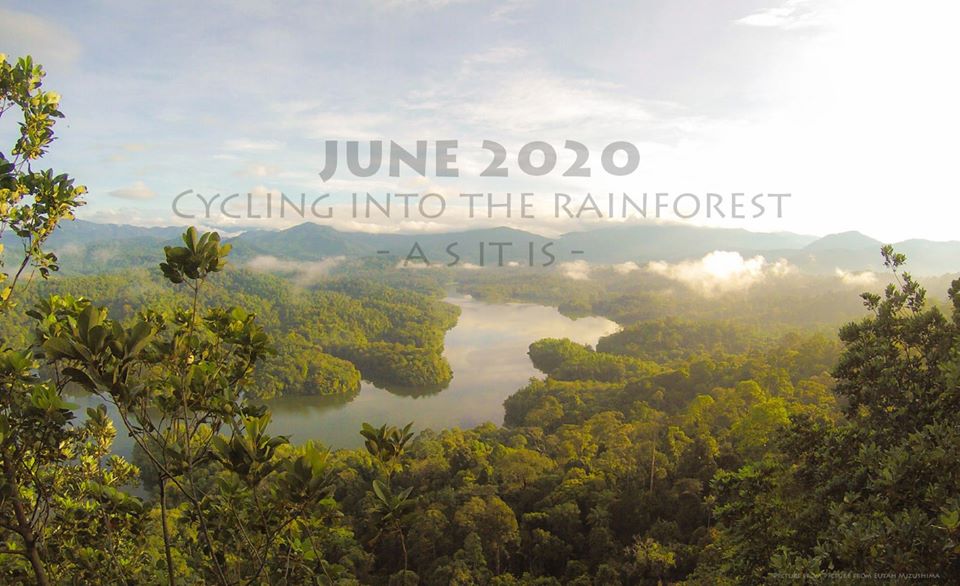 14 FebTransamazonica 2020 – Cycling the rainforest as it is

Transamazzonica, or Transamazonica, as they say in Brazil. Only the word makes your veins and
wrists tremble. Synonymous with adventure, virgin forest and extreme danger. Crossing the largest
forest in the world on a bike, without means of transport, without supports. An undertaking that
seems impossible or completely insane, due to the high degree of isolation over long distances,
the dangers posed by ferocious animals and poisonous insects of all kinds, the climatic conditions
of extreme humidity and heat and the delinquency that in various areas has complete control of the
territory.
If you search the web for information on the route you will find very little, especially west of
Altamira, the gateway.

Why
It is necessary to bring to global media attention the problem of conservation and active defence of
the biosphere. If we examine the satellite photographs with thermal detection, we can see that the
process of deforestation is proceeding – as logical – along the transit routes: The Amazon River and
Transamazon from south-east to north-west but also from north, from Guyana to south. Our goal is
to go and document the way things are. What’s really going on and what state the Great Forest is
really in.

The road
The Transamazonica or BR-230 as it is technically called, is over 4000 km long of which a large
part is still not asphalted and can only be covered during the dry season between June and
September because during the rest of the year the mud that forms makes it practically impossible
to progress. Its route connects Joao Pessoa, on the Atlantic coast of Brazil, to Labrea, a tiny village
deep in the Brazilian forest, where the construction of the road started in 1970 at the behest of the
military dictatorship with the slogan “Land without men for men without land”, has come to a
standstill due to technical difficulties and very high costs without ever arriving in Peru as planned at
the beginning.

The idea and who
When, at the end of 2014, I returned from 4 months walking in the Andes, from Lima to Buenos
Aires, I realized that the time had come to put a very ambitious project in the pipeline. At that time I was 39 years old and I was beginning to realize that some things can’t be done when you want and
that even in the travel cycle as in life there are moments for some things and moments for others.
In the following years, however, I was unable to find travel companions who had the time or the esire to face the Great Forest. Until last summer. I was on the border between Poland and Belarus on the Green Velò when, through a newsletter, I learned about Pedalande, the book written by Beatrice to recount her 10 months alone on her bike in Latin America. The title was the same as the travel blog I had kept in 2014. I knew immediately that she was the right person. I wrote her, she thought about it and then answered. Affirmatively. After a meeting in Zurich and one
in Milan, we decided that there was no backup. There was a detail missing, there was a photographer missing. And within a few days Beatrice pulled out of her hat… Gas! A level triathlete with an important photographic experience. The group was complete. And the curious thing was
that we were all doctors, doctors or nurses… as if we were starting out in an Amazon ward!

Has anyone before us ever walked that endless trail in the deep green? Yes. The first one to do so
was a nurse (on the other hand, being the military dictator who had wanted the BR-230, General Medici… it could only go like this!): her name was Louise Sutherland. A few years after the opening
of the road, in 1978, at the age of 54, she left Belem, on the Atlantic coast, aboard a bike that resembled a Graziella to go to Lima, on the Pacific coast, crossing through the Great Forest. He
couldn’t even fix a flat tire. But luck followed her and she didn’t get a flat tire. She brought back such a strong impression and such an intense love for that environment that for the rest of her life,
which ended in 1994, she committed herself to cooperation projects in favour of the inhabitants of the forest. He recounted the crossing in a book called “The Impossible Laughs”.

The route
On May 21st we will land in Belem, where the immense Amazon River ends its run by throwing itself into the Atlantic Ocean. From there we will start to descend southwest to land on the BR-230 at Novo Repartimento. From there it will always be westbound. The first major city will be Altamira.
Here we will have to pass with extreme caution: Altamira has a murder rate 37% higher than Honduras, the country with the highest murder rate in the world. This town is considered the “capital of Transamazzonics”. From there or just beyond should begin the unpaved section. From
there we should start to penetrate the forest. Although small towns should be present, the larger towns are much further ahead, many hundreds of kilometers further into the forest: Itaituba 500 km
beyond and Humaità 1500 km beyond.
If all goes well, we will arrive in Làbrea, at the last meter of the BR-230. Then we’ll have to turn back and leave the Transamazonica to go down to Porto Velho and from there south to arrive in Bolivia. Heading south we will arrive in Riberalta and once we arrive in Trinidad, we will evaluate if
it will be possible to cross the TIPNIS, a protected area of integral virgin forest disputed between Indians on one side and cocaleros and drug traffickers on the other. In the TIPNIS there are 60 km
of road missing and we will have to find a local guide to enter the paths and solve the problem of crossing some rivers. If this turns out to be impossible we will continue instead to Santa Cruz della
Sierra and finish the common route, going up to Colomi, which for me is home, since I am vice- president of Colomitalia. There the girls of Casa Estudinatil will welcome us as always with great
affection. Then Beatrice will go back to Europe, Gas will think about it and I will continue south, to land on the Pacific in Chile, climb the Aucanquilcha and meet up with another Italian-Argentinean travel companion at the triple frontera between Chile, Bolivia and Argentina, just where in 2014 I
had to interrupt the trip due to health problems of the companion of that time. From there I was still
wandering the Andes until Christmas.